An Overview of “The Secret”

It took the Secret just a few years to become the best selling self-help book of all time, making Rhonda Byrne world famous in the field of personal development. Rhonda was virtually unknown before the movie and book were released. 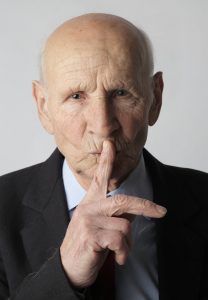 The important thing about this movie is the message, which was eventually delivered by more that a dozen of the most popular success gurus in the world.  That message was best conveyed by a statement by John Asaraf: “You can have anything you want, I don’t care how big it is.”

Shortly after that, self-made millionaire Bob Proctor exposes ‘The Secret’ as the law of attraction and explains that everything in your life is being attracted to you as a result of your thoughts. Whether you’re thinking about what you want or what you don’t want, you’re creating your own reality because of the thoughts you have programmed into your consciousness.

The purpose of this overview of ‘The Secret’ is to give you enough background information to decide if the movie is worth your investment of time and money.

The Cast and the Message of “The Secret”

The one aspect of The Secret that gives it credibility is that some of the top individuals in personal development that took part in its production.  A few of those people featured in the movie that have proven the law of attraction through the example of their life are: Bob Proctor, author of “You We Born Rich,” Jack Canfield, author the “Chicken Soup for the Soul” books,  James Arthur Ray, Joe Vitale, Jand ohn Asaraf. They all say that the Law of Attraction was also key to the success of well known figures such as Leonardo da Vinci, Ludwig Van Beethoven, Thomas Edison, Albert Einstein, JD Rockefeller, Dale Carnegie and many more.

All of these successful individuals believed they could shape the outcome of future events by using the amazing power of guiding our thoughts in the direction of what we want. All of them thought that there was a universal connection that linked us with everything else.  By directing your thoughts on something, you can actually tune your mind and body to the same wave length to begin attracting energies which are congruent with what you are thinking.

Although the principles being taught in the movie ‘The Secret’ are valuable, they don’t give you the complete picture. They simply give you the three steps of: ask, believe and receive. If you examine the lives of the living and deceased people that have had great achievements, and those that understood the Law of attraction, they all seem to have one thing in common. They are all determined in their quest for their desire with meticulous planning, consistent persistence and the burning desire to succeed. This doesn’t seem to be described anywhere in the movie as part of the part of the “ask, believe, receive” directions.

The people who participated in the secret are aware that there’s much more involved in becoming successful and that  “nothing happens unless you invest significant time unwavering commitment towards achieving a goal. As long as you keep this in mind, The Secret will be a great addition to your literary collection and can help you keep your thoughts on track on what you want while you’re busy working your plan of action towards achieving it. Best wishes to you for much success, prosperity, and health, and the eventual realization to obtain the great secret that will work for you.

Tagged: Law of Attraction, Overview, Secret .
©2022 Health Wealth Tips. All Rights Reserved.
Disclosure Statement: The content on this website is for informational purposes only and is not intended to be a substitute for professional advice. The owner of this website is an affiliate of the products recommended.